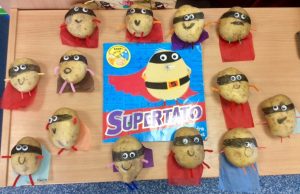 This term we’ve been learning about Superheroes and have really enjoyed the story of Supertato by Sue Hendra and Paul Linnet. The children were puzzled when they discovered a crime scene in the classroom and they were keen to investigate who had captured the poor vegetables. The carrot had been stuck to the table with plasters, the broccoli was drawn on, the cucumber was wrapped up in paper and the orange, pear and tomato were trapped under a basket. After further investigation the children discovered a trail of green prints but couldn’t find the culprit……

We searched the classroom for clues using the magnifying glasses, took everyone’s fingerprints and even made our own Supertato to help. The children found lots of evidence which they noted down ready to inform the Police me we had visit. Luckily PCSO Osborn used his veggie crime knowledge and suggested the Evil Pea might have caused all the mischief.

We finally set a jelly trap like in the Supertato story and waited to see what would happen.

Could we catch the Evil Pea? 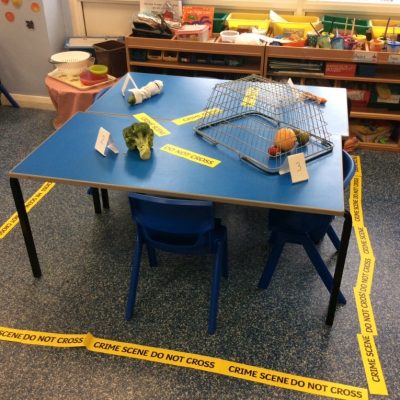 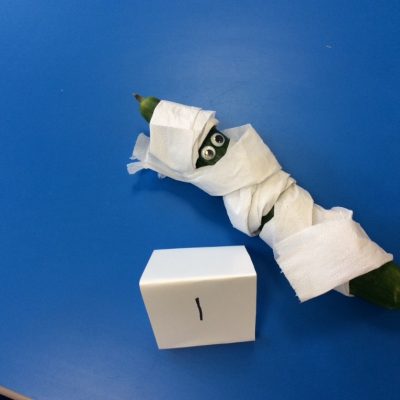 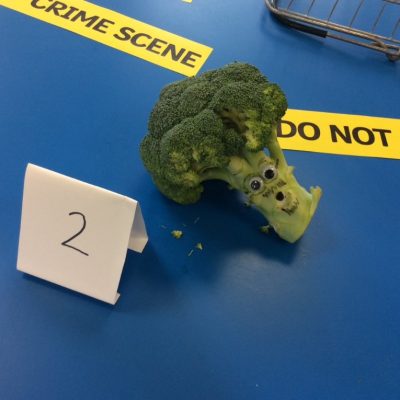 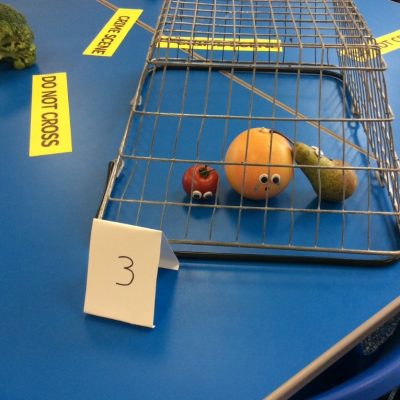 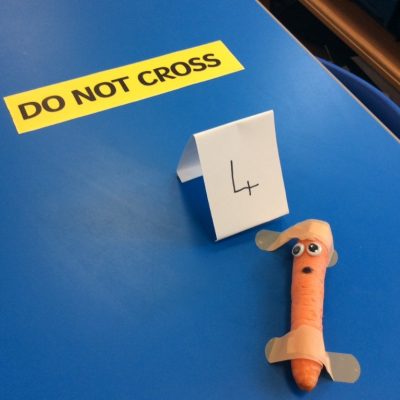 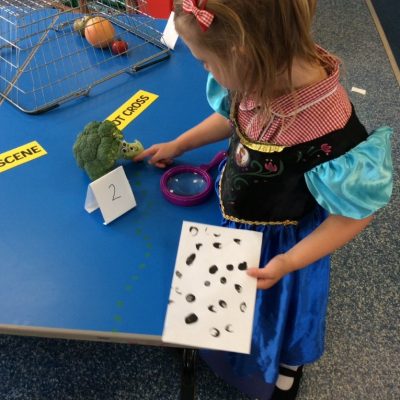 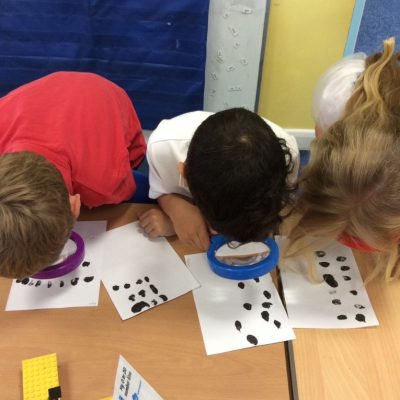 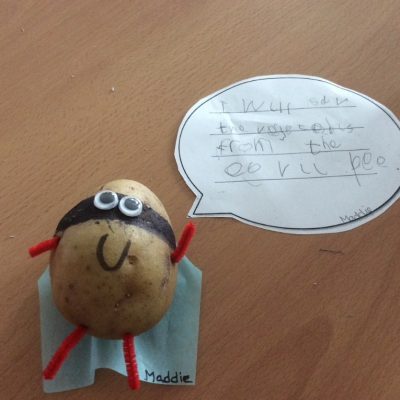 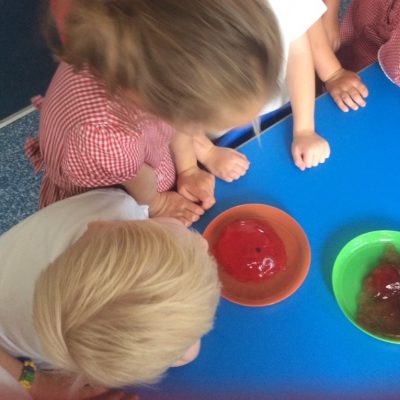 There are no upcoming events.

We use cookies on our website to give you the most relevant experience by remembering your preferences and repeat visits. By clicking “Accept All”, you consent to the use of ALL the cookies. However, you may visit "Cookie Settings" to provide a controlled consent.
Cookie SettingsAccept All
Manage consent

This website uses cookies to improve your experience while you navigate through the website. Out of these, the cookies that are categorized as necessary are stored on your browser as they are essential for the working of basic functionalities of the website. We also use third-party cookies that help us analyze and understand how you use this website. These cookies will be stored in your browser only with your consent. You also have the option to opt-out of these cookies. But opting out of some of these cookies may affect your browsing experience.
Necessary Always Enabled
Necessary cookies are absolutely essential for the website to function properly. These cookies ensure basic functionalities and security features of the website, anonymously.
Functional
Functional cookies help to perform certain functionalities like sharing the content of the website on social media platforms, collect feedbacks, and other third-party features.
Performance
Performance cookies are used to understand and analyze the key performance indexes of the website which helps in delivering a better user experience for the visitors.
Analytics
Analytical cookies are used to understand how visitors interact with the website. These cookies help provide information on metrics the number of visitors, bounce rate, traffic source, etc.
Others
Other uncategorized cookies are those that are being analyzed and have not been classified into a category as yet.
SAVE & ACCEPT
Translate »